We serve our customers from 2 state-of-the-art locations

2020 in Review: The Year in New U.S. Manufacturing Plants 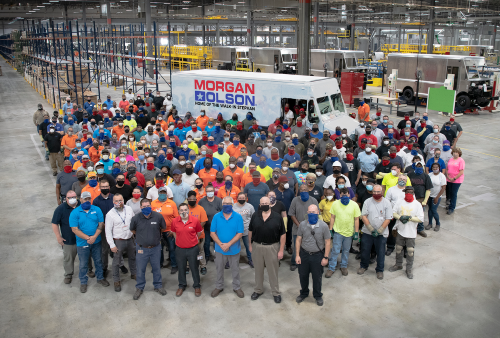 Posted by IndustrySelect on Tuesday, December 22, 2020

2020 was an unprecedented year for manufacturers. Early in the year, the coronavirus outbreak upended global supply chains, leaving industrial companies scrambling to find new suppliers. Then, the pandemic hit the United States, setting off shutdowns in many states. Many manufacturers had to shut their doors, while others completely retooled in the nation’s time of need and became overnight heroes, producing critical supplies for healthcare workers and the general public.

Industrial companies then faced the worse downturn since the Great Depression, and several months later experienced the sharpest rebound since the 1980s. Through it all, U.S. manufacturers continued to open up new manufacturing companies and expand existing ones as the sector progressed in its slow climb back from pandemic lows.

January started off on a sour note, with the ISM manufacturing activity index falling to a 10-year low and continuing a contraction that began in July of 2019. However, January is a big month for new manufacturing facilities. Here are the major announcements that were made at the beginning of the year.

In February, U.S. manufacturing activity rocketed out of contraction, even as coronavirus was spreading across the globe and disrupting supply chains. Several new projects were announced.

• In February, Blue Origin opened its long-awaited rocket engine manufacturing facility in Huntsville.
• Auto giant Subaru unveiled a major expansion in Lafayette, Indiana.
• Abbott Lab made a big announcement that it planned to break ground on a new facility in Westfield, Indiana.
• The last gas-powered vehicle rolled off the assembly line at GM’s Detroit Hamtrack facility in mid-February. giving way to a temporary shutdown for the facility’s 800 workers as the plant retools over the next 12-18 months.
• 84 Lumber established a new components manufacturing facility in New Britain, Pennsylvania.
• Health food manufacturer Ark Foods opened its new production facility in Hackensack, for the production of a new line of veggie bowls and snacks.
• Canadian company E.I. Williams announced plans to open an industrial sound control equipment plant in North Webster Parish Industrial District. The new facility will produce noise enclosure equipment.

The COVID-19 pandemic hit home in March of 2020, and for the first time in history, all but the most critical manufacturers had to shut their doors as stay-at-home orders were announced in several states. Needless to say, there were not any new plant announcements to speak of, yet an increasing number of companies completely pivoted to being producing PPE and other supplies critical to the coronavirus fight. We, in turn, pivoted our reporting, and focused on the remarkable companies that completely transformed their facilities – in some cases overnight – to meet the needs of a nation in crisis. Here are just a few:

In these months, industrial production, manufacturing activity, employment and more sunk to historic lows. But things began to turn around early in the summer as stay-at-home restrictions were lifted and more non-essential manufacturers opened their doors.

In July, U.S. manufacturing made an incredible comeback, rocketing back into positive territory in the fastest expansion since 1980. The number of new company announcements in July reflected this historic rebound.

August carried the summer’s momentum. Here were the most exciting announcements made in that month.

U.S. manufacturing certainly has not taken a break for the holiday. So far, several new plants have been announced or unveiled. Here are just a few.

• The Hamilton Safe Co. has broken ground on a new security products plant in Union Township, Ohio.
• SteelFab, Inc. announced a $23.6 million expansion of its Alabama structural steel plant.
• Confluent Medical announced this month that it is establishing a medical device plant in Chattanooga, Tennessee.
• Gourmet pet food maker Farmina announced this month that it will establish its first North American production facility in Reidsville, N.C.
• Beverage flavoring maker Monin opened a new facility in Sparks, Nevada.
• Proterra opened a new battery production line at its electric vehicle bus production plant in Los Angeles County.
• And we can’t close out the year without mentioning the major news that Lockheed Martin has bought Aerojet Rocketdyne in a massive $4.4 billion deal.

Why do we keep track of all these new manufacturing plants? Well, it’s part of what we do. At MNI, we’ve kept a close eye on the manufacturing sector for more than 100 years and have been the ultimate source of information on U.S. manufacturers for since 1912.

Are you  looking for high-quality industrial sales leads? IndustrySelect gives you live access to MNI’s database of 460,000 industrial companies and one million executives, providing up to 40 data points to help you identify and pre-qualify the best leads. Visit our website or try a free demo.

Looking for industrial suppliers? Search, source and quote for free among 400,000 U.S. manufacturers and suppliers across 11,000 product and service categories on IndustryNet.

With over 30 years experience as a plastic bottle manufacturer we hope to offer insight to your specific needs. 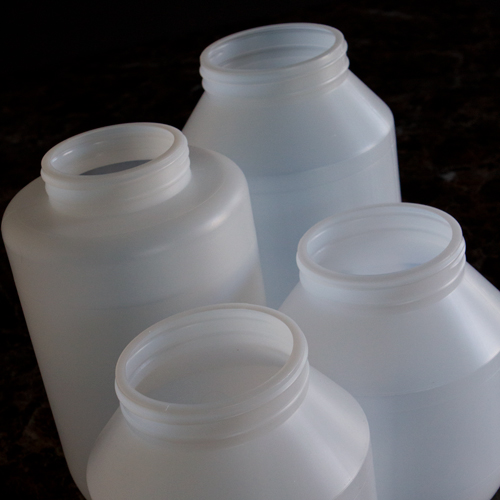